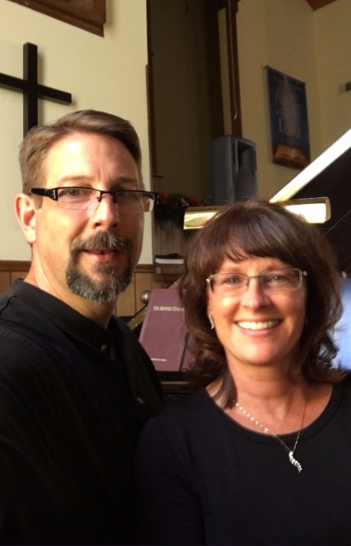 Carl Peters is married to Reneé and they have three sons: Daulton, Kendall, and Hayden. Having served churches in Michigan, Kentucky, Florida, and California, Carl is senior pastor at the Anchor Baptist Church in Lexington, Kentucky where he has served since 2006. As a proponent of the Ancient-Future principles so brilliantly articulated by Dr. Robert Webber, Carl has given special attention in His church settings to the central place of covenant renewal as a defining factor in Scripturally informed worship. Believing that the covenantal components of Word and Sign are meant to be twin peaks within the Biblically prescribed “four-fold pattern” of worship (Gathering, Word, Table and Sending Forth), Carl has spent the last two decades pursuing renewal in the vital nature of the Table in the Christian sacred assembly. Carl also serves on the Board of Directors for the Ancient-Future Faith Network.

Further, Carl has worked to implement an intentional discipleship process within his traditional Baptist context. Utilizing Webber’s “Journey to Jesus” as a model, progress is being made in the initiation of this four stage discipleship strategy, derived from the early church, as an integral part of helping believers mature in their faith. Along with speaking engagements, teaching worship and choral seminars in several states across the country, Carl also has several published articles on worship, including a “Creator Magazine” piece on returning the Table to its proper place (Real Presence: Renewal at the Lord’s Table), and a piece co-written with Frank Northcutt on the Word in worship (Crafting Words for Worship).